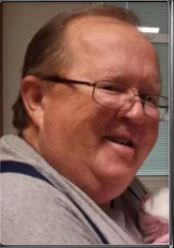 Glenn was self-employed as a massage therapist and also worked in maintenance at Wesleyan Health Care Center, Marion and was previously employed at General Tire. He was a lifetime member of Brookhaven Wesleyan Church, Marion. Glenn enjoyed fishing, working in the yard and gardening. He enjoyed spending time with the people in his life and cherished his grandchildren.

Preceded in death by his parents and grandson, Nicholas Glenn Jefferies.

Burial was at Grant Memorial Park.

Donations to help with funeral expenses may be made at: https://fundthefuneral.com/glenn-c-jefferies